Based on the viral video of the fake news claiming people were chanting "Let's Go Brandon" when in reality, the crowd was chanting "F Joe Biden". "Let's Go Brandon" is a political slogan that has been widely used as a minced oath for "Fuck Joe Biden" in reference to Joe Biden, the 46th president of the United States. Chants of "F*** Joe Biden" were heard at sporting events beginning in early September 2021. "Let's Go Brandon" came into use after NBC reporter Kelli Stavast incorrectly described a chant of "Fuck Joe Biden" by spectators at the 2021 Sparks 300 at Talladega Superspeedway as "Let's go, Brandon" during a televised interview of driver Brandon Brown on October 2, 2021, which occurred after Brown had won the race that was shortened due to darkness. The slogan has become well known through use by Republican politicians and critics of Biden. The phrase quickly spread to popular culture, with rap songs using the phrase placing high on record charts. 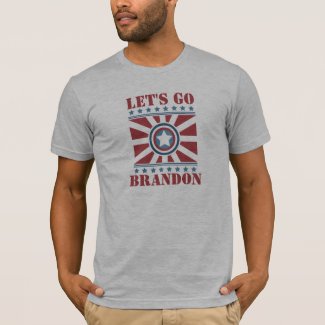 Enjoy the feel of 100% fine jersey cotton against your skin. This unisex shirt, by American Apparel, is one of the softest, smoothest shirts we sell. It’s medium weight and made from combed cotton for your added comfort. Select this top-seller for a flattering and stylish fit. Select a design from our 2024 Election marketplace to make it uniquely yours!

Due to ongoing supply-chain issues, in rare cases this brand may be substituted with a similar product of the same or higher quality

When Republican Rep. Bill Posey of Florida ended an Oct. 21 House floor speech with a fist pump and the phrase “Let’s go, Brandon!” it may have seemed cryptic and weird to many who were listening. But the phrase was already growing in right-wing circles, and now the seemingly upbeat sentiment -- actually a stand-in for swearing at Joe Biden -- is everywhere. 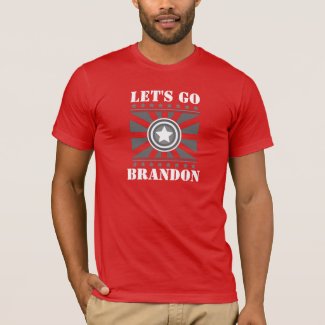 The line has become conservative code for something far more vulgar: “F—- Joe Biden.” It’s all the rage among Republicans wanting to prove their conservative credentials, a not-so-secret handshake that signals they’re in sync with the party’s base.

Americans are accustomed to their leaders being publicly jeered, and former President Donald Trump’s often-coarse language seemed to expand the boundaries of what counts as normal political speech.

But how did Republicans settle on the Brandon phrase as a G-rated substitute for its more vulgar three-word cousin? 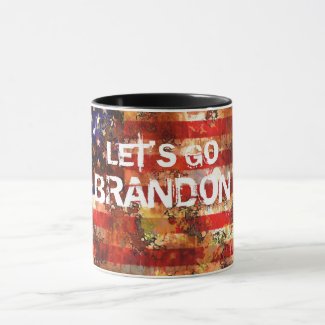 It started at an Oct. 2 NASCAR race at the Talladega Superspeedway in Alabama. Brandon Brown, a 28-year-old driver, had won his first Xfinity Series and was being interviewed by an NBC Sports reporter. The crowd behind him was chanting something at first difficult to make out. The reporter suggested they were chanting “Let’s go, Brandon” to cheer the driver. But it became increasingly clear they were saying: “F—- Joe Biden.” 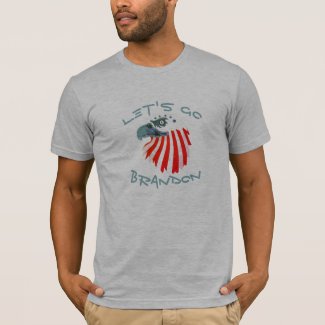 NASCAR and NBC have since taken steps to limit “ambient crowd noise” during interviews, but it was too late — the phrase already had taken off.

When the president visited a construction site in suburban Chicago a few weeks ago to promote his vaccinate-or-test mandate, protesters deployed both three-word phrases. This past week, Biden’s motorcade was driving past a “Let’s Go Brandon” banner as the president passed through Plainfield, New Jersey.

And a group chanted “Let’s go, Brandon” outside a Virginia park on Monday when Biden made an appearance on behalf of the Democratic candidate for governor, Terry McAuliffe. Two protesters dropped the euphemism entirely, holding up hand-drawn signs with the profanity.

On Friday morning on a Southwest flight from Houston to Albuquerque, the pilot signed off his greeting over the public address system with the phrase, to audible gasps from some passengers. Southwest said in a statement that the airline “takes pride in providing a welcoming, comfortable, and respectful environment” and that “behavior from any individual that is divisive or offensive is not condoned.”

Veteran GOP ad maker Jim Innocenzi had no qualms about the coded crudity, calling it “hilarious.”

“Unless you are living in a cave, you know what it means,” he said. “But it’s done with a little bit of a class. And if you object and are taking it too seriously, go away.” 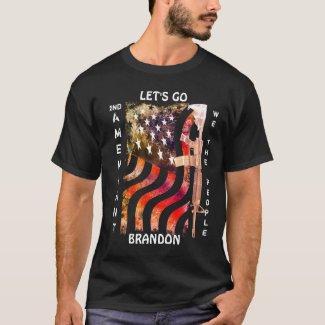